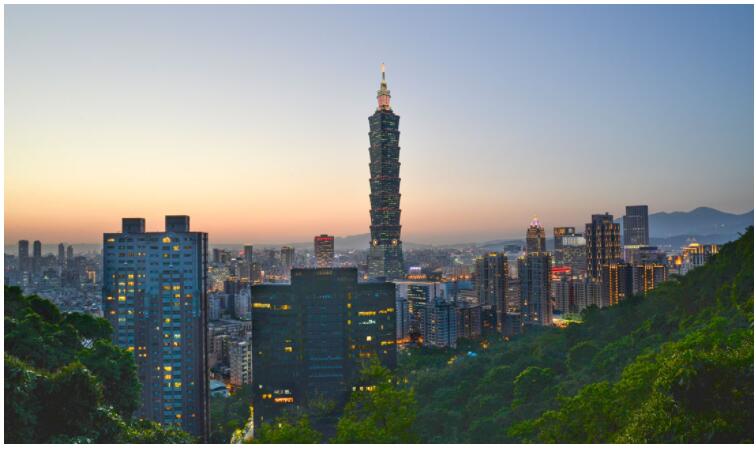 Join a different China trip during which you will experience a China that you do not encounter during the standard trips to the People’s Republic of China on the Chinese mainland. The former colonies of Hong Kong and Macao were not handed over to the People’s Republic of China until the late 1990s and Taiwan has never been under the control of the People’s Republic. The areas have therefore always had a market economy and also escaped the chaos that befell the rest of China during the Cultural Revolution. However, Taiwan, Hong Kong and Taiwan are no less Chinese for that! Maybe rather the opposite! Here, traditional Chinese culture has always been cherished, while at the same time it has not been foreign to absorb new influences from outside. During the tour you will experience some of East Asia’s most interesting and modern cities. 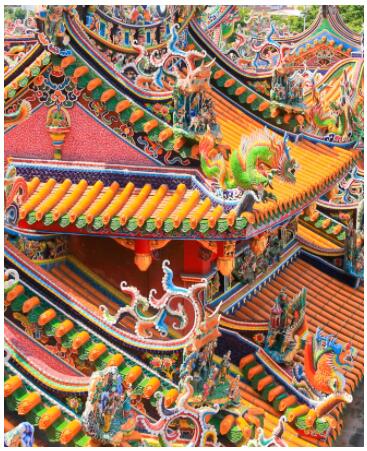 Day 1: Travel to Hong Kong
Meals are included on board the long-haul flight.

Day 2: Hong Kong
We arrive in Hong Kong in the afternoon and head to the hotel for check-in. The rest of the day you can rest after the trip or go exploring in the local area before we gather in the evening for the welcome dinner.

Day 3: Hong Kong
After breakfast we take the ferry to Honkong Island and experience one of the world’s most famous harbor entrances. On Hong Kong Island we take the steep mountain railway / tram Peak Tram to the top of Victoria Peak from where you get a glorious view of the city and harbor. The tour continues to the floating fishing village of Aberdeen where people still live aboard their dungeons. We take a walk and take a look at the boats before eating a traditional lunch at a floating restaurant. We then head to the charming neighborhoods at Stanley Market, known for its range of all kinds of goods, including Chinese handicrafts. The rest of the day at your own disposal to discover the wonderful Hong Kong on your own. You get around easily and smoothly with the city’s excellent and easy-to-understand metro system. Hong Kong is wonderfully beautiful ahead of the evening! Overnight in Hong Kong. (Breakfast and lunch.)

Day 4: Hong Kong – Macao – Hong Kong
After breakfast we take a fast ferry to Macao which was previously a Portuguese possession. During the day trip we visit places in the city’s historic center that are listed on the UNESCO World Heritage List. We begin with a visit to the A-Ma Temple, which dates back to the 15th century and is dedicated to the patron goddess of seafarers. We then continue to Ruinas de Igreja de Sao Paulo – the beautiful ruins of what remains of the Catholic Church that was built in the early 17th century when Portugal was a significant colonial power with the ambition to guard and expand its interests in Asia. We also visit Fortaleza de Monte, a fort built during the same century to protect the Portuguese clergy from pirates. Macao is today known as “Eastern Monte Carlo” and those who want can take the opportunity to look into one of the city’s many casinos to get a quick insight into the business there, before we take the afternoon ferry back to Hong Kong. The rest of the day open to discover Hong Kong on your own. Overnight in Hong Kong. (Breakfast, lunch and dinner.)

Day 5: Hong Kong – Kaohsiung
Transfer to the airport and flight to Kaohsiung, Taiwan’s second largest city. We visit the charming Pier 2 Art Center with exhibitions of modern art in the old harbor area that has been transformed into a cozy artist and cultural district. A few minutes walk away is a railway museum that can attract train-interested travelers. We end the day by visiting one of the city’s exciting evening markets. Here you will find a fantastic folk life and a rich selection of Taiwanese “street food”, in addition to everything else interesting you can find among the stalls. (Breakfast and dinner.)

Day 6: Alishan
Today, magnificent nature experiences await in the fabulous landscapes found among the Alishan Mountains in the central highlands with Taiwanese giant cypress, beautiful waterfalls and moss-covered primeval forest. Here among the mountains in the heart of Taiwan you will also find some of East Asia’s most important tea growing districts and the area is especially known for its fine Oolong teas. Overnight in a small village among the mountains. (Breakfast, lunch and dinner.)

Day 7: Riyuetan (Sun Moon Lake)
After breakfast, we continue our journey through the mountainous areas of central Taiwan towards the island’s largest lake, Riyuetan. We stop at the Ita Thaw (Tehua) community populated by the Thao people, one of the many minority peoples in Taiwan, but also visit the Wenwu-miao Taoist Temple and the Tse-En Pagoda from where you get a wonderful view of the lake. We end the day with a visit to the Syuentzang Temple dedicated to the very famous East Asian monk Xuangzang who traveled to India in the 6th century from where he brought Buddhist sutras written in Sanskrit which he then translated into Chinese. Overnight near Riyuetan. (Breakfast and lunch.)

Day 8: Riyuetan – Taipei
After breakfast, we head to the smaller town of Lukang on Taiwan’s west coast, which was once one of Taiwan’s most important ports. Here we visit the richly decorated Tianhou Temple dedicated to the patron goddess of seafarers and the stylish Buddhist temple Lungshan, dedicated to the Bodhisattva of Guanyin. We continue towards Taipei but make a stop on the way to visit a paper manufacturer that produces its products in the traditional way. After arrival, we visit the Taipei 101 skyscraper, which was named the world’s tallest building in 2004 and remained so until the Burj Khalifa in Dubai opened in 2010. Overnight in Taipei. (Breakfast and lunch.)

Day 10: Taipei
After breakfast we visit the Yehliu Geopark in northern Taiwan which is known for its spectacular rock formations formed by sea, weather and wind. Then we visit the nearby fish market Guei Hou where the fresh fish is cooked on site in the area’s restaurants. We continue to the resort Jiufen which is located among the mountains with a fantastic view of Taiwan’s beautiful coastline. During the Japanese colonial era (1895–1945), Jiufen was a mining town where gold was mined. As the business closed down, Jiufen turned into a sleepy country town that has recently become a popular excursion destination and awakened to new life. The buildings climb along the steep slopes and here you can still get a sense of what Taiwan may have looked like in older times. Here you will find narrow alleys, lots of small shops and cozy tea houses. We return to Taipei in the late afternoon. Overnight in Taipei. (Breakfast and lunch.)

Day 11: Taipei The
whole day is dedicated to your own adventures in Taipei. There is a lot to discover in the city! Feel free to ask your tour guide or local guide for suggestions on places of interest to visit. During the evening transfer to the airport before returning home via Hong Kong. (Breakfast.)