France History – Algerian Politics and the Vain Search for a Solution 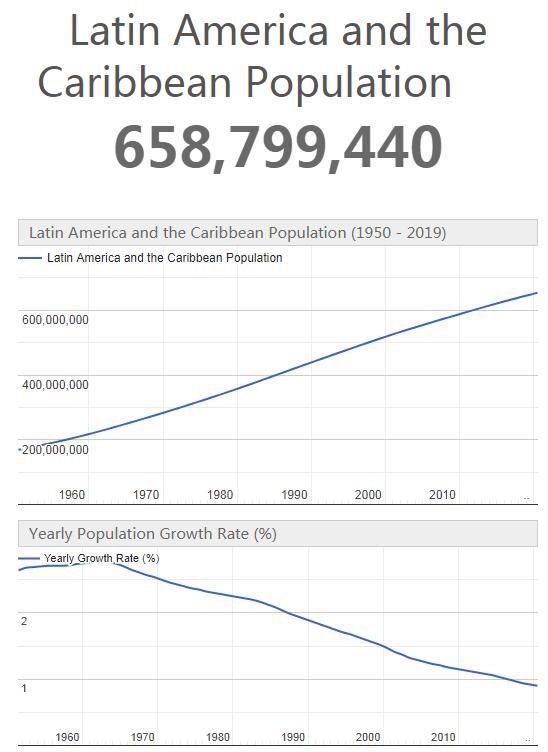 The South America has a length of approximately 17.8 million square kilometers and about 6% of the world’s population live in the territory, which amounted to over 418 million by 2015 – reaching a population density of 23,5hab./km². Its population is spread over the different territories that make up the subcontinent, notably: Argentina, Bolivia, Brazil, Chile, Colombia, Ecuador, Guyana, French Guiana (belonging to France), Paraguay, Peru, Suriname, Uruguay and Venezuela.

The main characteristic of the South American population is the great imbalance in the geographical distribution. While the vast majority are concentrated in coastal areas, huge regions in the interior remain practically uninhabited. Almost half the population of South America lives in Brazil (209 million inhabitants), but due to its large territorial extension and the vast sparsely populated areas, the country has a much lower demographic density than in many others, reaching 25hab./ km². In terms of population, Brazil is followed by Colombia (48 million) and Argentina (43 million). The two countries have very different population densities: 16hab./km² in Argentina and 44hab./km² in Colombia.

From the middle of the 20th century, mainly with the industrialization process and the emergence of jobs and opportunities in the cities, urbanization intensified in some South American countries. Thus, a large part of the population migrated from rural areas to urban areas, practicing rural exodus. As a result, very high population concentrations have emerged in large urban centers, such as São Paulo, Rio de Janeiro, Bogotá, Buenos Aires and Caracas. The massive and sudden migratory movement and the socioeconomic fragility of these countries, caused the formation of disorganized cities and without infrastructure. Thus, large pockets of urban poverty emerged, such as peripheral suburbs and slums – generally areas of irregular occupation. These locations, where basic services such as running water and sanitation are lacking, are home to a large portion of the South American population. Currently, more than 80% of South America’s population lives in cities.

European colonization – mainly carried out by Portugal and Spain – that took place in South American countries was characterized by the intense exploitation of colonies, extracting much of the wealth and using the territory for large-scale production, based on monoculture and slave labor. This has definitely impacted the socio-spatial formation of these countries and influenced their underdevelopment. This scenario also caused the extermination of indigenous populations, mainly in conflicts over territory. Currently, Amerindian communities are among the poorest sections of the population and have great difficulties in developing their culture.

The great migratory flows that occurred towards the subcontinent, intensified in the periods of the great wars, made possible a great miscegenation between native peoples and peoples from different parts of the world. Amerindians, mestizos, Europeans, Africans and Asians (among others) make up the great ethnic and cultural diversity of the South American population. See AllCityPopulation.com for state flags of all South American countries.

The most spoken languages in South America are Spanish (44.6%) and Portuguese (40.8%). Third and fourth place are Quichua (1.6%) and Guarani (1.3%). But there are hundreds of other languages that, together, represent 11.7%, with emphasis on the different indigenous languages. In terms of religion, the vast majority of the population considers themselves to be Christian, and the Catholic religion has the most followers. In recent years, however, there has been an increase in Protestants, in addition to people without religion or who prefer not to express an opinion. There are also a large number of people adhering to other religions, such as those of African origin, Judaism, Hinduism, Islam, Buddhism, among others.