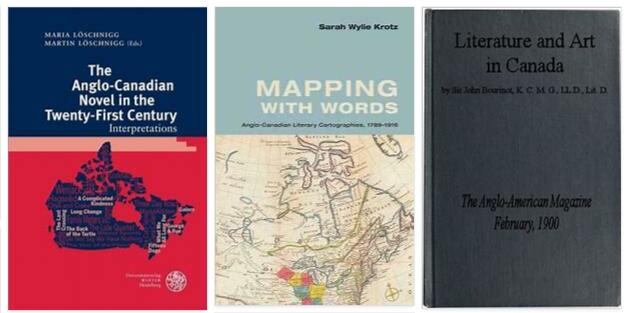 The particular conditions in which Canadian life takes place, due to the very vastness of the silent solitudes of waters and forests, in the midst of which the nuclei of the population are dispersed, and to the mixture of two different races of language and religion, on which the proximity of the dynamic new Yankee civilizationit cannot fail to have repercussions, they are naturally reflected in literature, giving it its own character. But just as ethnic units are slow to form, when there are no external dangers or internal crises that accelerate their pace, so we cannot yet speak, for Canada, of a true national literature. Within the mass of the English population, in the absence of a tradition of their own, the traditions of the country of origin continue to live, often determining different orientations even in art and poetry; and if the French population is in many areas smaller in number, it nevertheless belongs to a considerable extent to elite classes, and draws from his situation a strength of fidelity to the traditions of the mother country which is perhaps even greater. Thus two literatures remain in Canada, different not only in language but in spirit and tendencies.

Anglo – Canadian literature. – The first living literature is that of travel, born from the spontaneous joy of discovering the variety and diversity of the country. Two Englishmen began: Samuel Hearne, with an Account of a journey from… the Hudson Bay to the North-West (1795), and Sir Alexander Mackenzie, with a picturesque and interesting narration of his Vovages from Montreal through the Continent of North America (1801). And in 1807 followed the Travels through Canada of the historian George Heriot: in 1809 the Travels and Adventures in Canada and the Indian Territories by Alexander Henry (new edition, edited by J. Bain, Toronto 1902): of the later books it is enough here to recall the Winter Studies and Summer Rambles (1838) by Anna Brownell Jameson, for the lively descriptions of the hard and primitive life in the regions of large lakes.

At the same time, historical studies were developing. But these are largely just collections of materials. Such are the works of G. Heriot, of W. Smith. The Account of Nova Scotia (1829), by Th. Canada Haliburton, is superior in terms of elaboration, which is a prelude to the attempts at historical construction which, through Christie’s History of Lower Canada (1848-55) – which serves as complement from 1841 onwards The last forty Years (1881) by John Charlse Dent – achieved remarkable results with William Kingsford’s extensive History of Canada (vols. 10, 1887-98).

Of the forms of poetry, in the strictest sense of the word, lyric flourished first. Isabella Valency Crawford opens the series, born in Dublin in 1850, brought to Canada at the age of eight and died in Toronto in 1886: only after her death were her poems collected, Old Spookeses Pass, Malcolm’s Katie and other Poems, 1888; (see now the new edition edited by E. Wetherald, 1905); and they are compositions beyond any literary influence, although the smooth purity of the forms may make one think of some Victorian poet. Old Spookeses Pass it is in dialect and the other poems also have an undoubted Canadian imprint; however the true founder of a Canadian poetic school appeared only later, with Archibald Lampman. Born in Morpeth (Ontario) in 1861, died in 1914, L. is the poet of Canadian nature, particularly of the landscape surrounding the city of Ottawa, where he spent most of his life (see the lyrics collected in the volumes Among the Millet, 1888; and Lyrics of the Earth, 1896): it is delicate in tone, but, in the best moments, it manages to grasp, beyond things, even the vague poetic atmosphere that surrounds them: and in Alcyone, published posthumously (1914), the poem The City of the End of Things while always maintaining the lyrical tone that is proper to him, he draws from his very intimacy a great expressive force. Another poet, although of a different nature and inspiration, had in the century. XIX equally wide resonance, William Erik Drummond: born in Ireland in 1854 and brought to eleven in Canada lived for a long time among the people, and in contact with the people his poetry was born, in a mixed language of English and French (The Habitant, 1897; Johnnie Courteau, 1901; The voyageur, 1905 and, posthumously, The great Fight, 1908): in simple verses his genius as a humorist portrays the sweet, closed and limited life of small people in solitary countries. All the other poets of this early epoch are minor personalities: politicians who also delighted in “literary idleness” such as Joseph Howe, strong speaker, Thomas D’Arcy Mc Gee, member of the “Young Ireland” group, who died murdered in 1868, Sir James Edgar; or broken promises like Evan Mac Coll (Poems and Songs, 1883), Charles Heavysege (Saul, dramatic poem, 1857), Alexander Mc Lachlan, Charles Sangster; or promises cut short by death, such as George Frederik Cameron (1854-85), much appreciated by Swinburne, Tennyson and Arnold, and the poet Pauline Johnson (1862-1913). Many of them, moreover, are of English origin; and how much the Anglo-Saxon spiritual atmosphere makes itself felt in all the others is evident in Johnson herself, daughter of a tribal chief.

The prose narrative has only one name of prominent importance: Thomas Chandler Haliburton (see volumes: The Clockmaker, or the Sayings and Doings of Sam Slick of Slickville, 1837, the freshest and most alive; The Attaché, 1843-44; The old Judge, 1847; Wise Saws and Modern Instances, 1853; Nature and Human nature, 1855). He was born in Windsor, Nova Scotia on December 17, 1796 and died in England in 1865. He is the creator of the figure of the bell ringer Sam Slick: a bizarre Yankee who, wandering around Canada, tells the poet’s fellow villagers all the unpleasant truths that the poet cared to tell. The figure is guessed and alive, the colorful and savory style, with a broad and spontaneous satirical cast. And Sam Slick made a fortune across the border, so much so that he was not without influence on the humorous literature of the United States. However, he had no followers in Canada. Under European influences, however, the novel had a certain vogue; but without giving rise to vital works, due to the lack of a national and unitary way of conceiving and living life. As early as 1769 Mrs. Brook had described the social conditions of her time in a short story, Emily Montague, which today has a keen interest also as a historical testimony; but the work failed to create a tradition; and the novels of the century. XIX, which begin with John Richardson’s Wacousta (1832), the valuable historian of the war of 1812 (see The War of 1812, new ed. 1902), are mostly romantic imaginations, where the fantastic or the sentimental seeks in vain to constitute a substitute for the inconsistency of the human world represented. Among the most widely read romantic and conventional writers of their time was James de Mille. The best work is Le Chien d’or or the golden Dog (1877), by William Kirby (1817-1906), historical novel about life in Quebec city in the mid-century. XVIII. More than in her novels, Susanna Moodie (1803-85) was happy in her descriptions of countries and customs: Roughing it in the Bush (1852), Lije in the Clearings versus the Bush (1853).