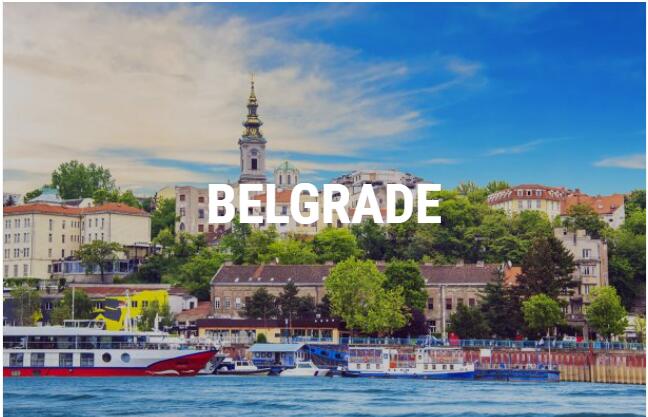 Belgrade is a colorful mix of east and west. Belgrade is delighted not only with its cafes and restaurants but also with its long history. Belgrade is a rather unknown travel destination for Finns, but it is difficult to resist the relaxed atmosphere of the Serbian capital once you get to know it.

East and west unite in Belgrade

Belgrade can be described as a colorful mix of East and West. Belgrade is full of Western-style cafes and shops, but the architecture, signs written in the Cyrillic alphabet, and Orthodox churches are more or less reminiscent of Russia. Oriental nuances can also be seen in Belgrade, as the city has also belonged to the Ottomans throughout its history.

Because Belgrade is located in a transport-critical hub between the Danube and the Sava River, the city’s history holds several bloody battles. In all, Belgrade has been destroyed and rebuilt several dozen times. The Kalemegdan Fortress with its war museums in the heart of Belgrade is reminiscent of a long military history.

The last ferocious chapter in Belgrade’s turbulent history was written in 1999, when NATO bombed the city. A number of damaged office buildings in the center of Belgrade are still remembered for the bombing. Unrepaired buildings can be marveled at from the outside.

The center of Belgrade is a fascinating combination of dilapidation and beautiful old buildings.

At its best in spring and fall

A city break in Belgrade is successful all year round, but at its best the city is in spring and autumn. During the summer, the city is hot and dry, and the temperature sometimes rises to suffocatingly hot. In spring and summer, the days are warm but not toasty. In winter, the temperature stays zero on both sides, and snow can also rain. However, by Finnish standards, winters are not particularly cold.

Belgrade has a warm and relaxed atmosphere

Belgrade has a lot of beautiful old buildings, but the facade of the city is gray and shabby in places. The first impression of Belgrade may be rugged, but the gray façade quickly reveals a relaxed and warm city, on the terraces of which people sit leisurely in the evening while musicians play folk music.

The characteristic atmosphere of Belgrade is best reflected in the city’s diverse café and restaurant culture. There are plenty of places to eat, coffee and party, and the remarkably warm summer nights attract you to sit late into the night.

Belgrade, contrary to its reputation, is a fairly safe destination even at night. The locals are friendly and especially the younger ones often speak English. With the residents of Belgrade, it is easy to throw things into it if they want to, as most Serbs are interested in tourists coming to their city.

It is difficult to find a benchmark for Belgrade’s café and restaurant culture. Due to Serbia’s fluctuating currency, the dinar, Belgrade is unbeatably affordable and restaurants stay open late. In Belgrade, the dining budget is not worth cutting in vain, as a flatbread dinner costs only a fraction of what it is in the home country. One person already eats and drinks excellently for ten euros, and for example, pastries and coffee can be obtained in a high-quality place for a few euros.

In Belgrade, the waiters usually speak English and the service is always friendly. However, you should be prepared for a certain sluggishness, as the service is not necessarily fast in Belgrade, as a counterbalance to the relaxed atmosphere.

Belgrade’s restaurant culture is at its best during the summer, when the terraces remain crowded from morning to late night. At its finest, the atmosphere is in places located in idyllic alleys and small streets where guests are entertained by musicians playing folk music. Such an atmosphere can be experienced especially in the Skadarlija quarter, which is one of the most famous restaurant areas in Belgrade.

Snacks and fast food In Belgrade, there are many bakeries, or bakeries, that seem to flicker in places on almost every street corner. For example, you can buy a burek, a traditional Balkan pie with meat, cheese or spinach filling. 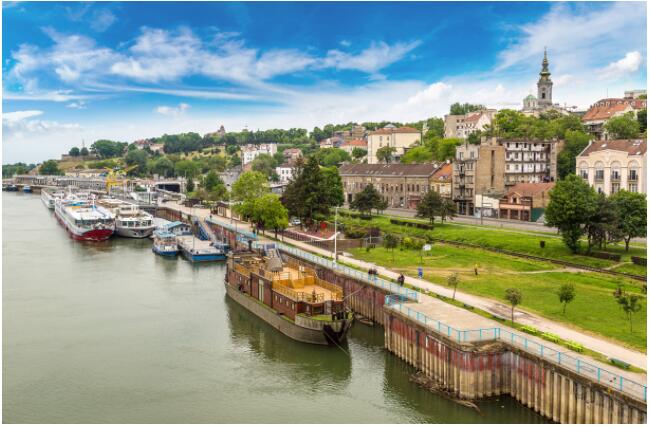 Belgrade is also a party city

In the 21st century, Belgrade has earned a reputation as one of the hottest party towns in Europe. The reputation is not scratched from scratch, as at Belgrade clubs, the festivities usually continue through the night.

Belgrade’s nightlife specialties include floating ferry nightclubs on the banks of the Sava, as well as turbo-folk music that combines traditional Balkan music with electronic rhythms.

While in Belgrade, Partying never seems to end, the venues change frequently. Clubs come and go, and travel guides don’t want to stay involved. The best way to find out about Belgrade’s spending is to check for up-to-date information in Belgrade In Your Pocket, which is updated every few months, or feel free to ask locals for tips. Belgrade also has a wide range of underground offerings, and party places may be revealed, for example, in the basements or courtyards of ordinary residential buildings.

Another special feature of Belgrade’s nightlife is that the festivities don’t just mean a roaring party, but fun is also held on the city’s terraces, cafes and bars, the boundary between which is often quite blurred. The Skadarlija block is also a good place for a more peaceful nightlife.

An alternative atmosphere in New Belgrade and Zemun

The Sava River divides Belgrade into two parts: the new and the old. Old Belgrade is home to Belgrade’s traditional attractions, such as Kalemegdan Fortress and St. Sava Cathedral, while the New Belgrade side is full of more modern, especially socialist, urban planning from the 1960s onwards. New Belgrade is dominated by tall tower blocks, but on the old side many buildings are historic.

The new Belgrade is especially known as the venue for the 2008 Eurovision Song Contest, as Belgrade’s multi-purpose arena is located there. Other attractions in the area are mainly strange-looking tower houses as well as individual church buildings of varying ages.

Right next to the New Belgrade on the banks of the Danube is one of Belgrade’s most interesting attractions: the Zemun district. For centuries, Zemun grew and developed as a separate village from Belgrade, which was under Austrian rule for a long time. The atmosphere of the area is village-like, the scenery idyllic and the building stock historic, although the hustle and bustle of the big city awaits only a short distance away.

Zemun also has an excellent restaurant offer. Especially the fish restaurants in the area are famous. Zemun is the best day trip destination in Belgrade. Of course you can also stay in the area.