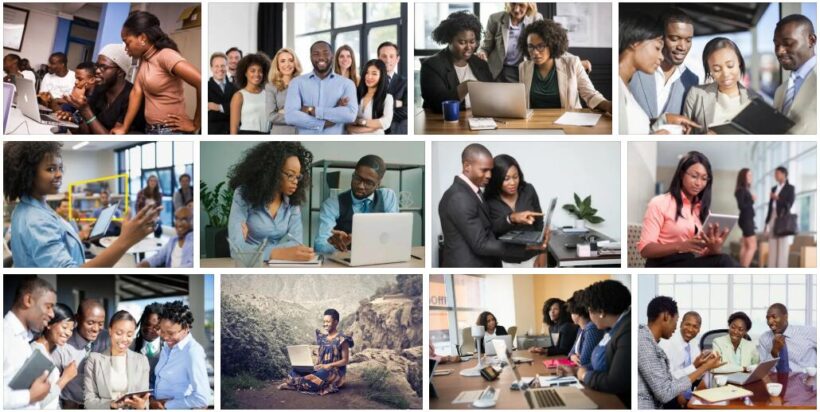 According to Countryaah.com, Africa consists of 54 independent states and 8 territories.

The lack of a well-functioning communication system is one of Africa’s major development problems.

The rail network has a total length of 64,500 km, which corresponds to 5% of the world’s total rail network. Most of the railways were built during the early colonial era (c. 1890-1930), and they often extend from a port city into a mineral or commodity producing area. Their main purpose has been to export raw materials for export. Only in northern and southern Africa is there a reasonably well-branched railway network connecting different countries.

The road network covers 1.6 million km, of which only 10% are so-called all-weather roads, ie. can be used in all seasons. River transport is largely limited by rapids. The most extensive are the transports on the Nile and Niger. Some traffic also occurs on the lakes of East Africa. The airports are relatively well developed and the passenger traffic extensive. The busiest airports in 2009 were Johannesburg, Cairo, Cape Town, Sharm ash-Shaykh, Hurghada and Casablanca. 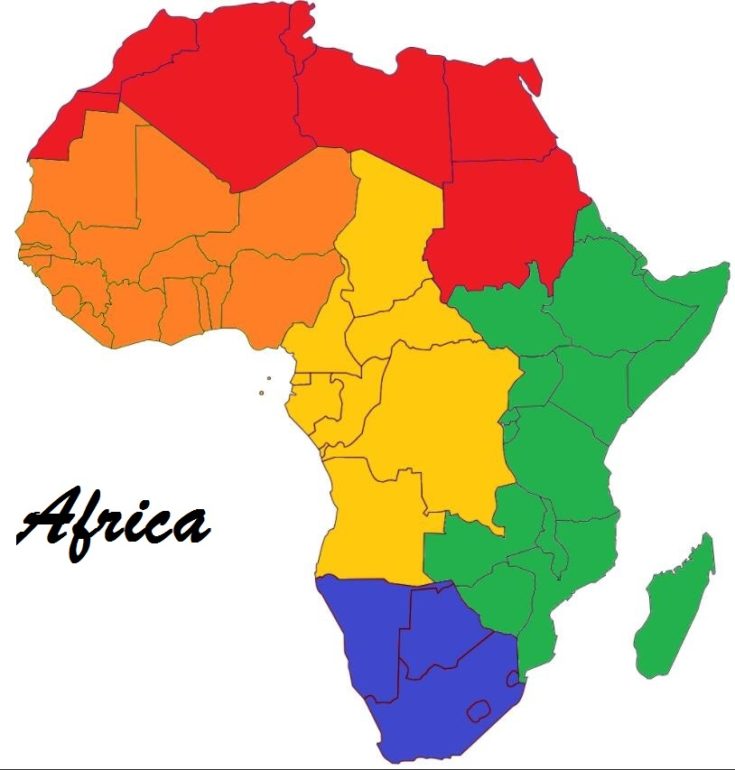 Africa has great natural wealth, but many countries lack capital and expertise. Except in certain areas of North and South Africa, most of the exports are products such as coffee, cocoa, peanuts, timber and minerals. Oil and gas dominate exports from North Africa. In southern Africa, several countries export minerals such as gold, diamonds and copper.

The majority of Africa’s people live in the countryside and are employed in agriculture. This is mainly based on small farming and often primitive cultivation methods. About six percent of Africa’s land is cultivated. In Morocco, Tunisia and South Africa, where much fruit is grown, wine is also produced.

After World War II, the production of wood has increased significantly, especially of wood species such as mahogany, okumé and African nut trees.

The largest deep sea fishing takes place off the coast of South Africa, but also on banks off Morocco, Senegal and Angola. There is fishing and fish farming in the big lakes and rivers.

Sub-Saharan oil production is most significant in Algeria and Libya, sub-Saharan Nigeria and Angola.

But even though growth has been high in many countries, it does not benefit everyone. Examples of countries with a strong economy but high levels of poverty are Nigeria and Chad.

Companies from countries such as China, India and Brazil have invested heavily in recent years to capture share of growth. Corruption at all levels is a major hindrance to the development of many African countries’ economies.

The idea of ​​African unity and cooperation is closely linked to Africa’s struggle for independence and independence. Ghana’s first president, Kwame Nkrumah, was one of the most eager advocates for increased cooperation between the many young states that resulted from the decolonization.

Despite great difficulties, in 1963, the Organization of African Unity (or OAU, see Abbreviationfinder) succeeded, headquartered in Addis Ababa. All independent states in Africa have the right to be a member; also the five North African countries, which are otherwise more oriented towards the Arab world, are members. One of the OAU’s main objectives is “to promote unity and unity between the African states”. However, the organization has been unable to reconcile the many views that have characterized the continent since decolonization. In addition, the OAU has been plagued by the fact that many heads of state have assigned the organization so little importance that they are not present at the annual summits. However, it should be mentioned that the OAU has successfully maintained that national borders are firm; they are not for discussion or revision despite their background in colonial power.

The idea of ​​African unity and cooperation has also led to the establishment of a number of regional cooperation organizations. Tanzania, Kenya and Uganda formed in 1967 the East African Community (EAC); however, it dissolved 10 years after due to contradictions between member states. In West Africa, in 1975, 16 states created a West African Common Market (ECOWAS), which aimed to foster economic cooperation and create a common market. However, the results of ECOWAS have been rather limited, which can be explained both by political disagreement and by the different development strategies of the countries.

In southern Africa, the independence of Zimbabwe in 1980 enabled the creation of a regional cooperation organization, SADCC, for the countries of the region, but not South Africa. SADCC has had some success in attracting foreign development assistance to the area; on the other hand, cooperation between the states has not really succeeded.

A number of former French colonies in West Africa have entered into currency cooperation in the so-called Franc zone. France guarantees the states a fixed exchange rate for their currencies as well as full exchange rates.